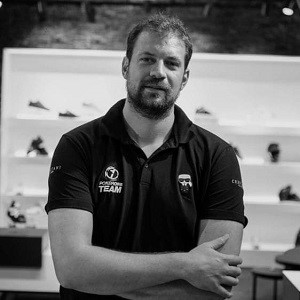 Friendly and ambivalent character, Aliosha is able to use weapons sometimes very contradictory!
Calculator, nothing escapes him and his long-term plans at a table can destabilize more than one, caught in the whirlwind of a flawless strategy, planned in the shadows!
Unpredictable, he can also release a magical shot from his panel at any time, surprising the crowd with a turnaround. Adaptation being paramount in our brain sport, he will always be able to change his game to make the most of his cards.
To conclude, we will also say it very observant! Behind his big black glasses, he spies strengths and weaknesses in his opponents, noting deep inside himself the tells that will make them fall sooner or later!